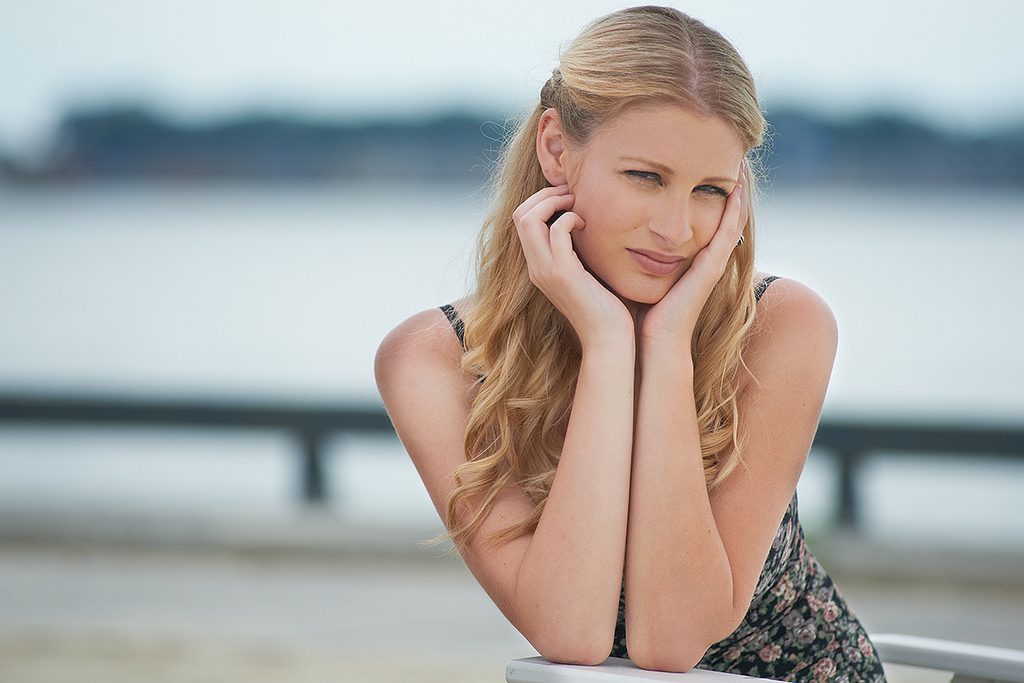 1. Choose the right target (the right person for you)

The approach depends on the kind of person you choose to seduce. Think about what kind of person would be interested in you. If you pick the right kind of person your effort to seduce him/her would be minified. Choose the person who is seeking somebody, who missis something, because if you choose someone who is perfectly satisfied with the kind of life they are living it will be almost impossible to seduce them. Also they should have something special that made you think you want them in particular. If the person you choose is the right one for you the act of seduction will flow like it should. 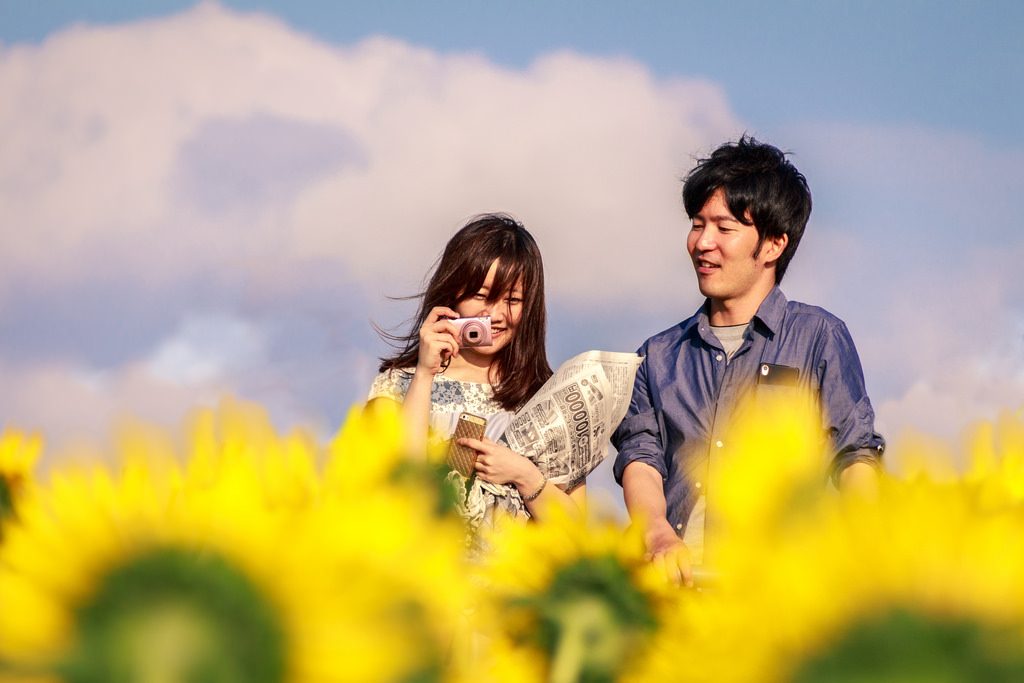 2. Use the indirect approach

If you strike your chosen one directly, chances are that you will create resistance in them. The beginning must be light so the subject of your seduction is not aware that he/her is being seduced. You should approach from the angle, totally indirectly, so that your subject thinks you are there by chance. You should approach to them by friend in common or on some occasion neutral. The beginning should be neutral relationship which will gradually rise to love affair. Let them think that the idea of two of you hooking up came to them first. And when you see that the process began then put your card on the table and start flirting and seducing. 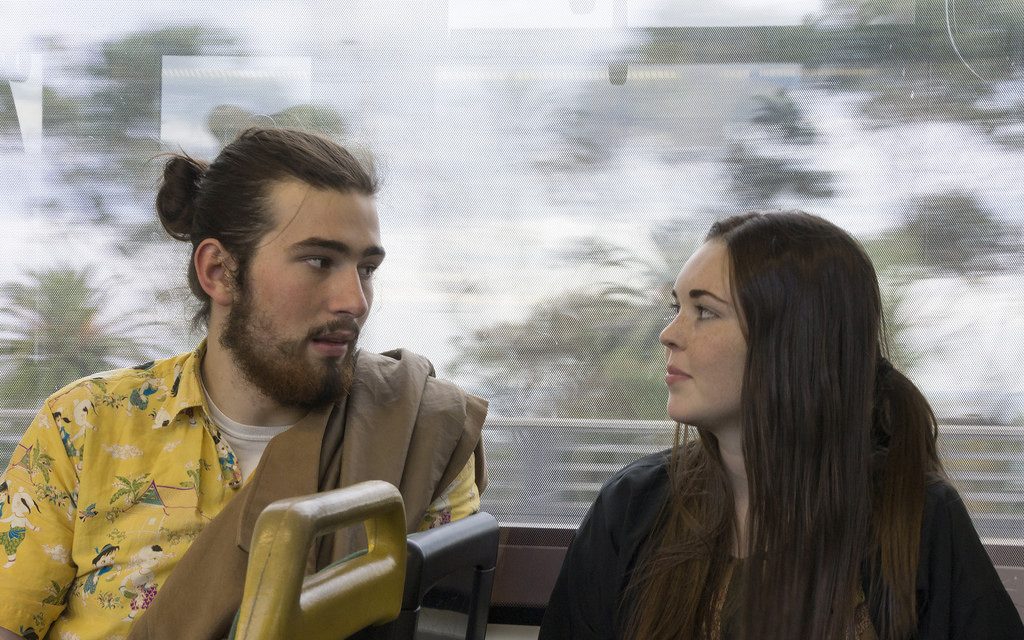 3. Send your chosen one mixed signals

When you got him/her aware of your presence and you see that he/she is interested in any way, start to send mixed signals. A majority of people are too obvious, so you should try to be hard to figure out. Let them think about you, let them wonder are you interested or not, why you seemed so into him/her and now you are not. Because the goal of this one is to make them think about you, to make them try to figure out what is going on. And if they are thinking about you, half of the work is done. They will want to know more and that will draw them closer to you.

4. Present yourself as an object of desire

Almost nobody likes people who are neglected by others, and likewise they are attracted to people who attract many. When you are seducing someone be sure to look like someone who is desirable. If that person sees many who want you it will become his/her goal to get you before they do. The way to do this is your choice, weather you will ask some of your friends to pass by when you are with your date, or you will actually get in touch with someone who wanted to be with you, that is up to you. Whatever method you choose be sure to build reputation that will precede you, so he/she will thing that there must be a reason why everybody wants you.

Insinuation is when you plant an idea to someone’s mind by giving them elusive hints that will get to them later, and sometimes even appear to them as their own ideas. This is a though one, and it is not easy to master but if you do, you will get a lot from it. Plant ideas in their head about your future relationship without speaking directly about it. Be suggestive in everything you say. Talk about banal stuff while giving your date alluring glances, this will enter his/hers unconscious without them being aware of it. But don’t go too far and be sure to use this ability ethical. 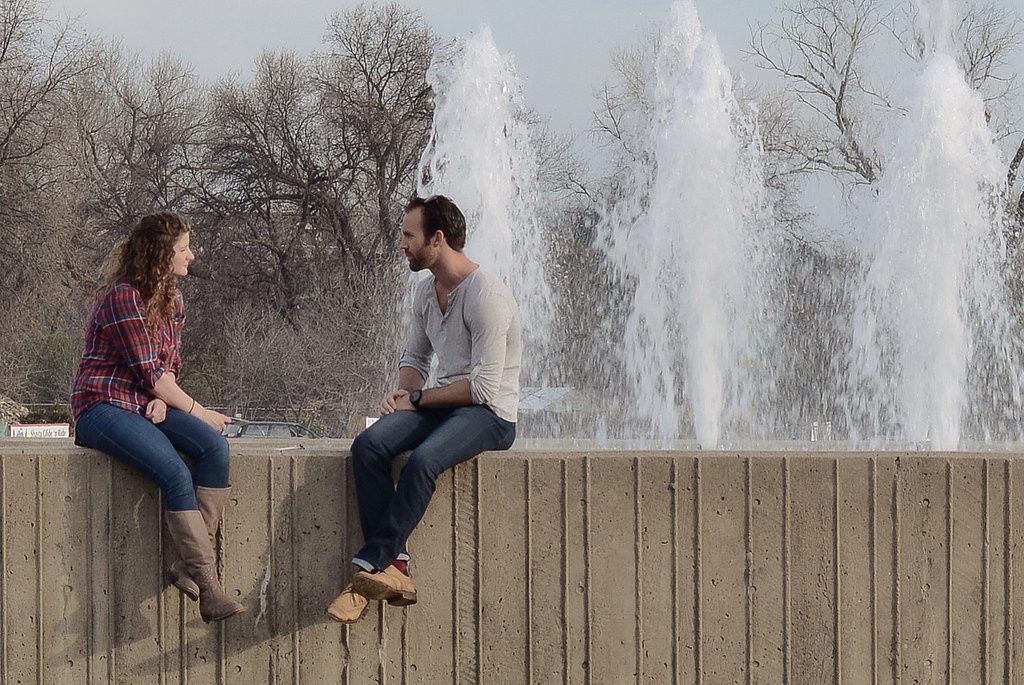 6. Find a way to their inner being

Everybody lives in their own world that they created just for them. If you want to seduce them you will have to get them out or find a way into their inner being. You are probably asking yourself how. You will have to adjust yourself to them, start to enjoy things they enjoy, go to the places they go, do the stuff they do. When you do so it will strike their narcissism and eventually they will lower their defenses. By indulging them they will have nothing to resist to. They will also start to believe that you are soul mates. And then you got them where you wanted them.

Create temptation for your chosen one, just a glimpse of what is to come. Try to figure out what they really want, what they desire the most, and then give them a vague hint that you will be the one to give them that. The word vague is the crucial here. They have to think on their own that you will lead them there. And if you do it the proper way, they will follow. Make them curious about the things to come and make their doubts go away. Become the person they were searching for a long time and then be the one to get seduced by them. 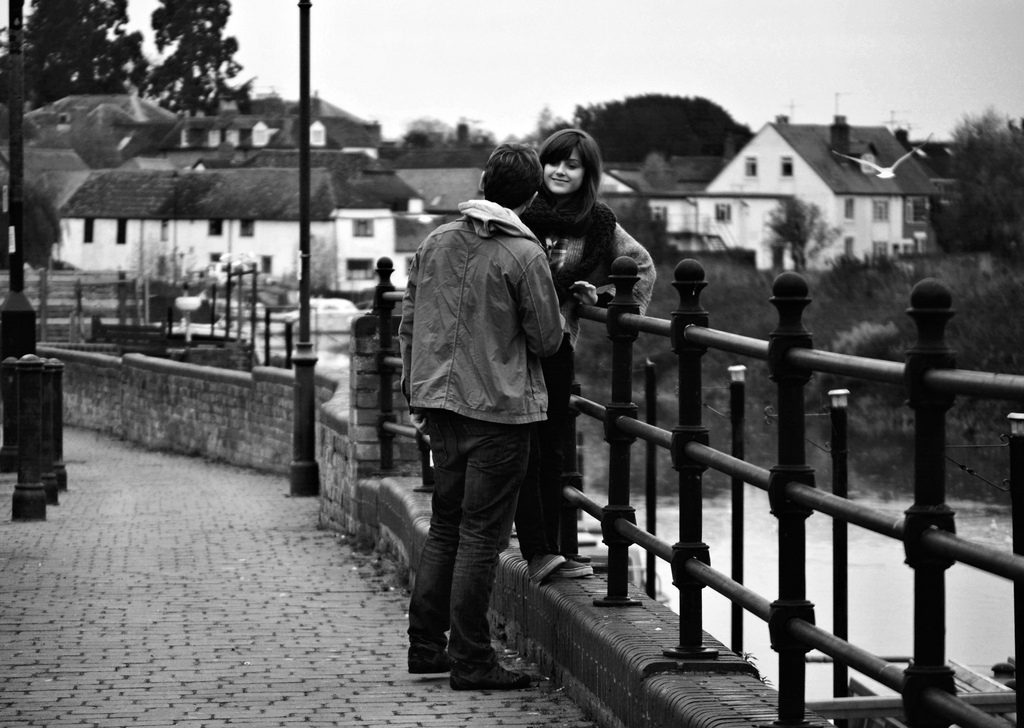 8. Always make them wonder what comes next

Be totally unpredictable. Stay one step in front of them all the time. If you become predictable the magic is lost. If you manage to keep him/her in constant state of wonder what comes next they will feel that their time with you will be always spontaneous and never boring and that is how they will imagine their life with you (everybody at one point picture how their life would look with the potential date). Give them a thrill of a crazy drive with a constant change of direction. Doing this you will be the one that leads, so be sure that you are that kind of a person. 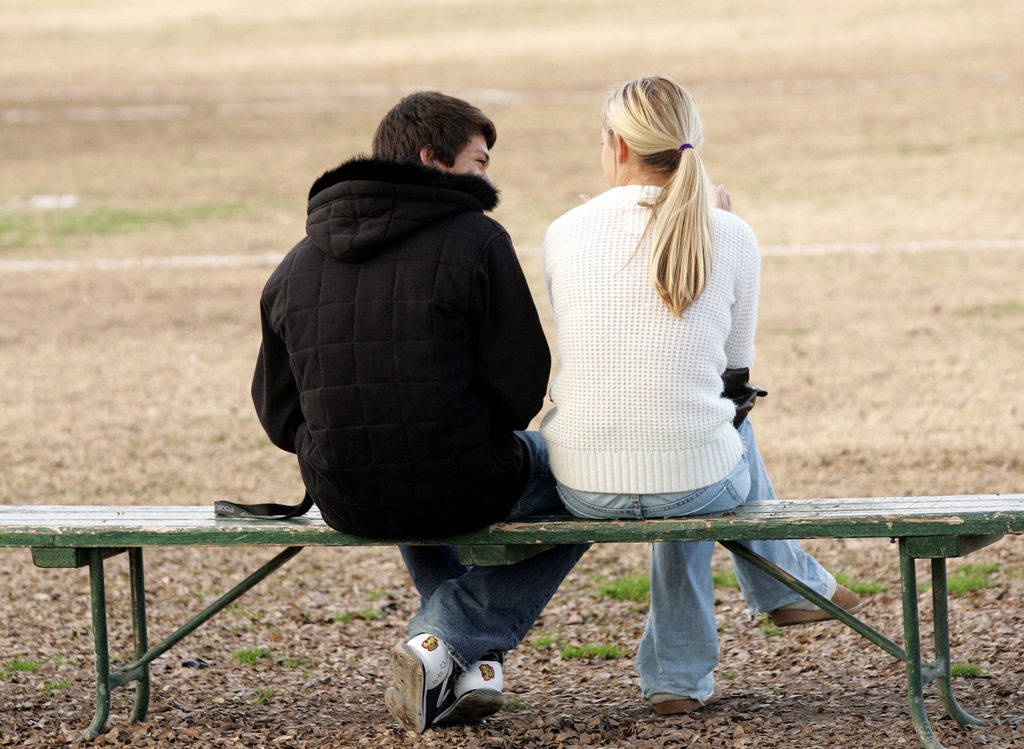 9. The power of words

It is becoming harder to make someone listen, because everybody is consumed with stuff of their own, with their problems and worries. The secret is – say exactly what they want to hear. Fill their ears and heads with the stuff you know it will please them. The simple as it sounds this is a base for seductive language. Flatter you chosen one, make sure to comfort his/hers insecurities, promise to them everything they need. Sweet words will make them listen you and it will make you irresistible in their minds. Never underestimate the power of words, especially the power of the right ones. Aim to their ego and you will hit the bull’s eye. 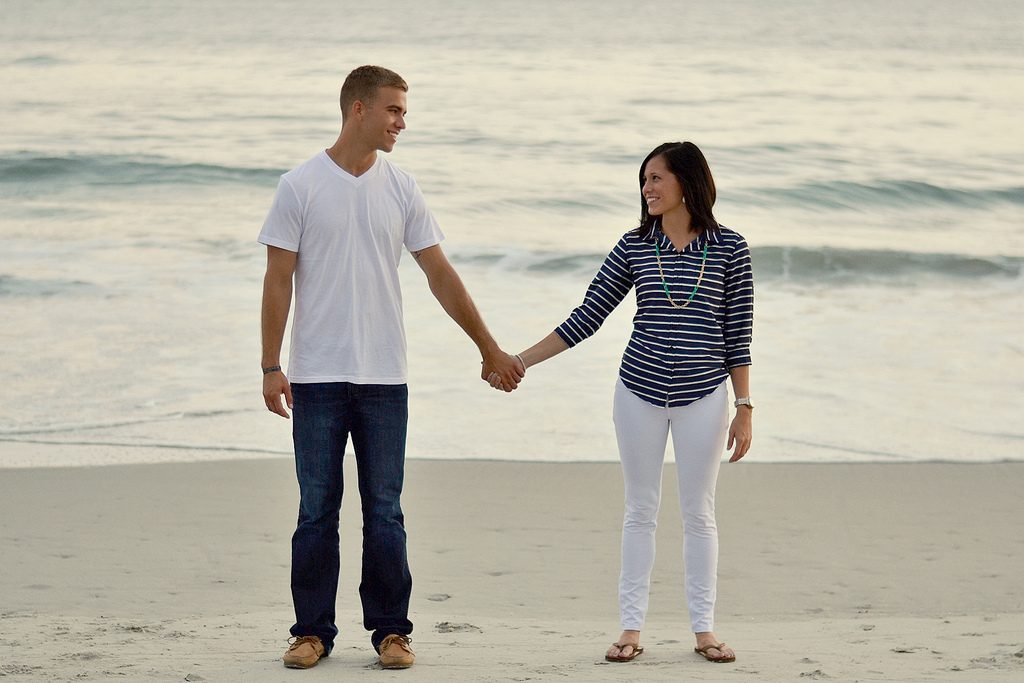 Stay away from the grand gestures, they will arouse suspicion and they will start asking why are you doing all of this. The small stuff, subtle gestures, charming presents, little rituals will do greater good than this big things. The small stuff can always be interpreted differently and you can always try to make it look sporadic and not let anybody make big deal of them. They should not look as a seduction methods but just small friendly gestures that will carve into their sub consciousness which will emerge when he/she is thinking about you. It will mesmerize them without noticing what you are up to.

11. Make them think they are stronger and you are the vulnerable one

Show your weakness in front of them, make them feel stronger, make them feel in a control. Like everything else don’t overdo it – nobody likes weeping, crushed people. Do it just enough that they feel the need to comfort you, to help you in a way. Play the victim from time to time, and let the sympathy of the chosen one grows into love towards you. Use this technique with cushions. Doing it too much or in inappropriate time will create opposite effect. This will also make you look more natural, like you are a person with strengths and shortcomings. 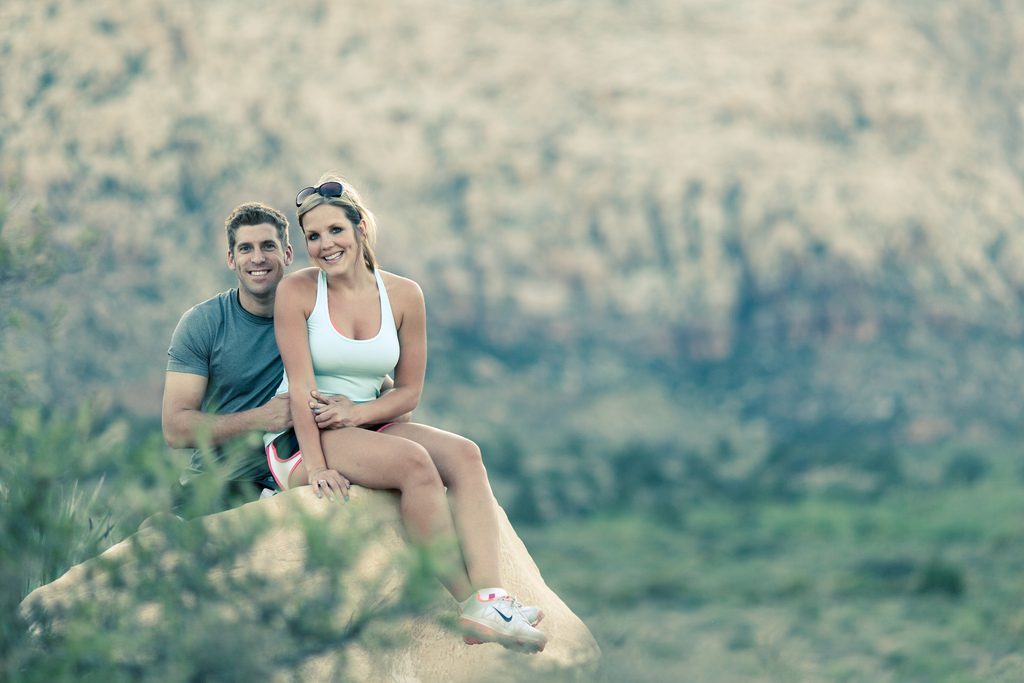 12. Slowly isolate them from their surroundings

By spending more and more time with the person you choose, he/she will be spending less time with his/her friends and family. You will have more influence on the person affecting the way he/she thinks. With time he/she will get used to you being close and when you are not he/she will miss you more. The chosen person will feel more connected with you, and when that happens you will be one step closer to seducing him/her. You should do this only if you feel strong connection and plan to stay with that person, because otherwise you will hurt that person a lot.

13. Give them pleasure but give them pain

The biggest mistake you can make if you are seducing somebody is to be too polite and too nice. That can become boring after a while. If you try to please someone all the time you will look insecure. Make them angry at you time to time. Even try to make them to feel guilty for something. Then when you see it is working be a good guy again, nice and polite. They will feel happy that you worked it out. Do not do this very frequently, just time to time, when you feel that things are cooling down between you two. The more serious situation gets, connection will be stronger when you work it out. 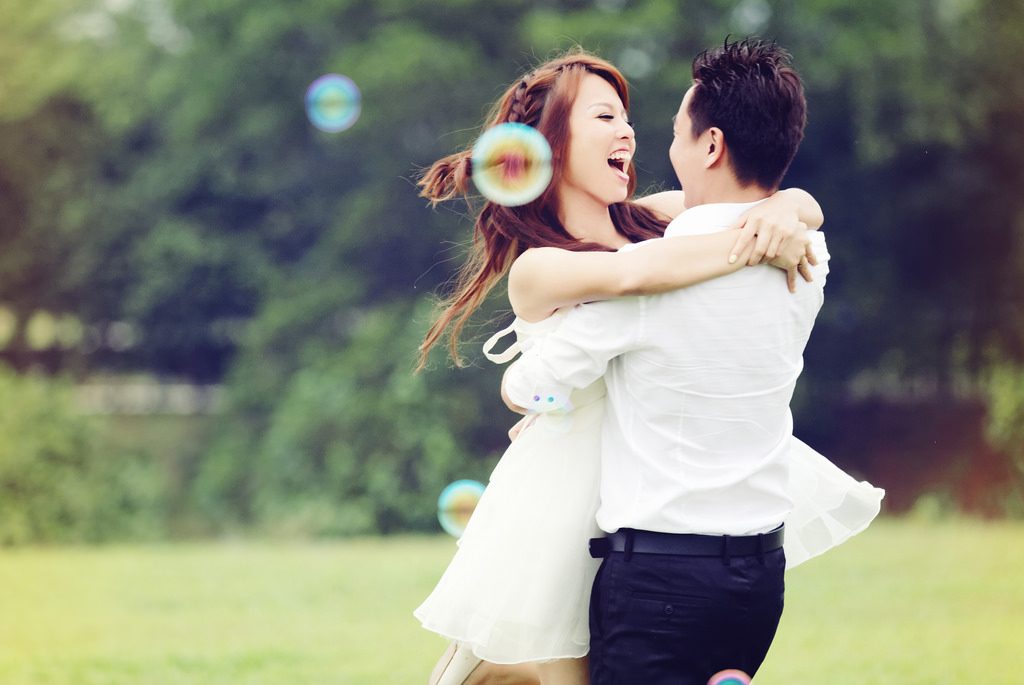 Now the time has come to make the bold move. The move you have created the path for all this time. He/she wants you so do not hesitate because you will look weak. When you feel that the time is right, that your charms worked, give it the final kick. And now you have seduced the person you have chosen. If for some reason the person backed out this means that two of you are not meant to be. But chances for that are small if you followed all of the previous steps, especially step one – choosing the right kind of person.

15. It does not end when they fall for you

Don’t think that everything is over now when they fell for you. It is just the opposite. If you want to stay in that relationship you need to be seducing your chosen person all the time, if you want it to last. When emotions have reached the pitch they tend to go back to the opposite direction. If you want a successful relationship you have to stop this tendency. Going through all of these techniques mix them on a regular basis and never became boring and monotonous. Successful relationships are constant work and if you are not ready to give yourself to it completely maybe than this is not for you.

Text Messages And Dating: What Are The Rules? 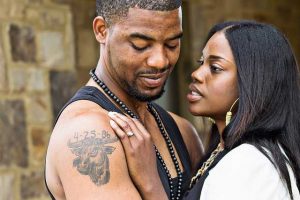 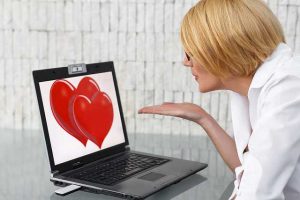 Women’s Guide To Getting Started With Online Dating