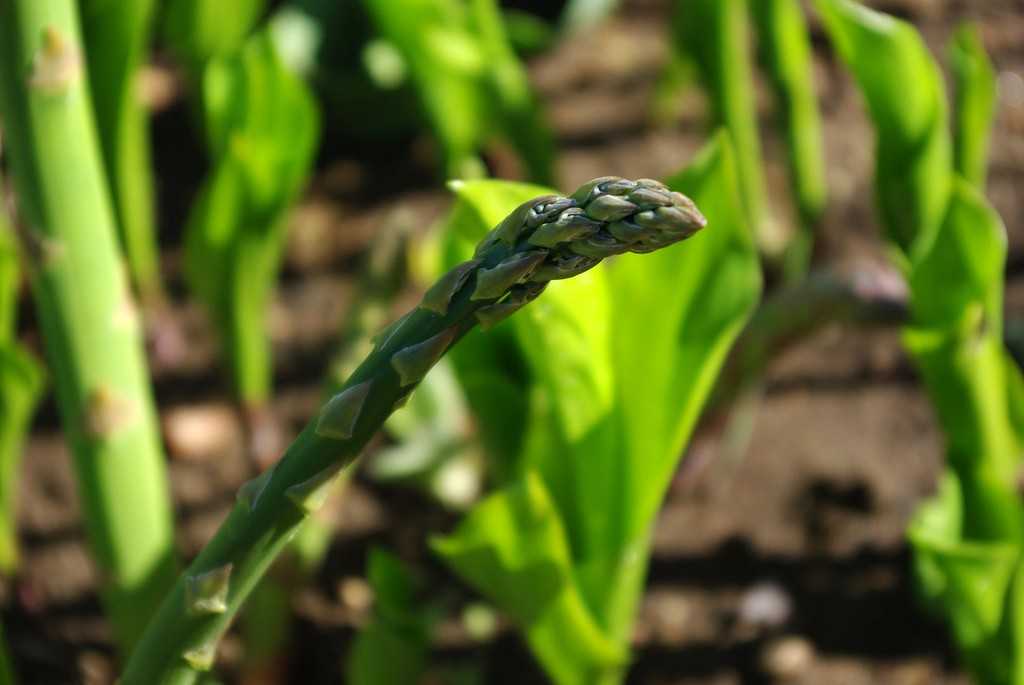 Photo by Magda of Austin

Asparagus plants are perennial and for that reason, unlike most vegetables, the same plants grow in your garden year after year. Plants’ spears which we enjoy as a veggies are the new shoots which emerge in spring. However, keep in your mind that it takes a couple of seasons before you can taste the first bite of homegrown asparagus. Before you can harvest, plants need to be allowed to mature. The plants will stay in your garden in the same place for many years – from 15 to even 30.

This veggie grows well in almost every part of the country, except the warmest portions, zones 8b and higher. If the winter is mild, plants don’t go completely dormant, they cannot gain strength and will decline. How many plants you will need is determined by how much your family enjoys this vegetable. Ten plants for each person is a good start. However, you will need more if it is a family favorite or you want to freeze some for later.

Plant asparagus crowns in spring at the same time you’d plant potatoes. However, do not rush to plant them if the soil is still cold. There are a few varieties, such as hybrid ‘Sweet Purple’ and open-pollinated ‘Purple Passion,’ that can be grown from seed. Start seeds indoors in spring and set out the seedlings just after your last spring frost, when they are twelve to fourteen weeks old. Start with asparagus crowns in order to eliminate the year of tedious weeding which comes with starting from seed.

READ  How To Grow Peppers

Choose a site which is clear of perennial weeds and grasses with fertile soil. A one row of asparagus plants set fifteen inches apart will fill in to form a twenty-four-inch-wide bed. In addition, you can grow a double row in a thirty-six-inch-wide bed. Find asparagus along the side or back of your garden, as five-foot-tall asparagus fronds will shade any nearby plants. A single bed of twenty-five mature plants will produce about ten pounds of this vegetable per year.

Asparagus craves phosphorus, which is typically abundant in compost made from kitchen waste and in composted manure. Before you plant, add a two-inch layer of rich, weed-free compost to your soil. Dig a trench ten inches wide and four inches deep in the amended soil and arrange the crowns in the bottom, about fifteen inches apart. At the end, refill the trench, but don’t step on the bed.

Depending on variations in soil temperature from year to year, the exact dates of your spring picking season can vary by 2 weeks or more. Snap off spears which are longer than four inches at the soil line as soon as they appear in spring. You can harvest spears for 2 weeks after your planting is a year old as long as a new planting grew vigorously its first season.

During the second season, harvest each spear which appears for the first 4 weeks of active growth. During the next season you can harvest asparagus for 6 weeks, and by the 4th year the plants will be strong enough to tolerate a full harvest season (eight weeks). Promptly refrigerate what you have harvested.

How To Clean A Big Dusty Bookshelf – The Ultimate Guide