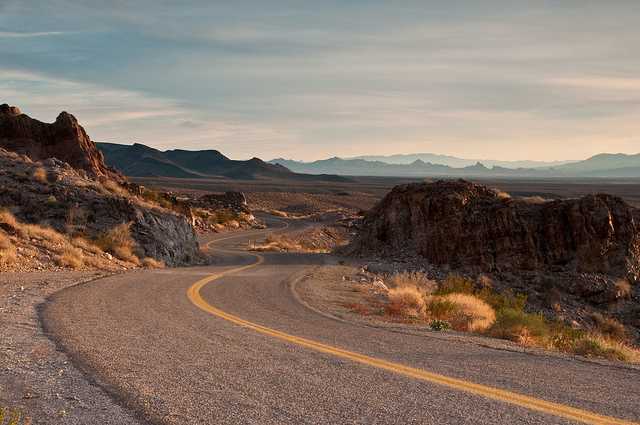 The Route 66 is also called the Willy Rodgers Highway or informally referred to as the Main Street of America. Route 66 is among the original highways in the United States Highway System. The route was established in November 1926 with its signs erected in the early 1927. The highway became the most famous in the entire United States.

The route originally ran from Chicago to Illinois via Missouri, Oklahoma, Kansas, Texas, New York and Arizona. The route ended at Santa Monica, California and covers a total distance of 3940 kilometers. Route 66 was culturally recognized by a hit song titled Get Your Kicks on-Route 66 and a 1960s television show called Route 66 TV Show.

Route 66 was the main pathway for migrants who were moving to the west. It was majorly used during the 1930s in the wake of the Dust Bowl period. The route supported communities that lived along the road. Business people who lived along the road became prosperous. It was because of the growing popularity of the road and population along the highway.

The same people later fought in order to keep the highway alive in the presence of threat posed by a new bypass called the Interstate Highway System. The main reason was that the Route was going around and one would cover more kilometers between towns or cities
through the route.

Plan to remove the Route from the U.S. highway system

The intention to end Route 66 started in 1956 when President Dwight Eisenhower signed the Interstate Highway Act. The move to sign the Act into law was influenced by the president’s experiences as a young soldier crossing the country in a truck convoy in 1919. He also did this to appreciate the German Autobahn network as an essential factor of a national defense system.

After about its sixty years of existence, the Route underwent constant changes in response to the newly signed law. The highway engineering technology became advanced during the time. The engineers preferred to construct direct routes between towns and cities within the country.

Increased traffic and the need to expand roads

These occurred in other states such as Missouri, Mississippi and Chicago among others. The improvements of Rout 66 included bypasses through all towns. By the mid-1950s, Missouri State had upgraded Route 66 into a complete four-lane highway with bypasses.

Remains of the Route 66

Route 66 underwent several improvement and realignment throughout its lifetime. The route was formally removed from the U.S. Highway System in June, 1985. This happened after the Interstate Highway System entirely replaced it. Parts of the route that passed through Arizona, New Mexico, Missouri and Illinois have been designated a name, Historic Route 66.

These sections of the road have been turned into a National Scenic Byway and returned to some maps of those states. Many states have adopted the significant bypassed parts of the original Route 66 into their state road networks as the State Route 66.