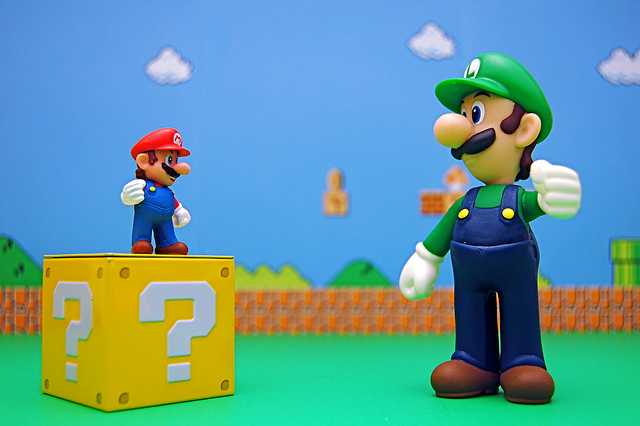 Today, we are living in a golden age of gaming, with a wide range of interactive experiences which suit everyone’s taste. However, we sometimes pine for the simpler days of the arcade era, and the 8 and 16-bit titles which turned us into healthy, sleep-shrinking addicts we are today. Without further ado, let’s go back in time to discover the 5 most popular retro games which we still cannot get enough of.

There is no doubt that Super Mario is one of the best and most popular retro video games. This game was introduced in 1983 and this Italian plumbing superstar is still going strong today. With Luigi, as his brother as well as partner in crime, this platform game has gone on to amass more than an incredible 250 million copies sold around the world.

Mortal Kombat is a fighting game which captured many gamer’s imaginations. Mortal Kombat was developed in 1992 and had many key aspects in the game and series. This included the signature finishing moves and the special controls that at times were extremely gory. The game was based on Liu Kang, a man who was sent to save the Earth. Mortal Kombat became one of the best-selling video games in the world. This led to many spin off games as well as a movie in 1995. The game did court a lot of controversy for its graphic violence which was a first in video games.

Donkey Kong was another favorite for gamers in the 1980’s. This 1981 classic was instrumental in the consoles success under the Nintendo family. In addition, without joy in the market of the United States, Hiroshi Yamauchi, Nintendo’s president at the time, was responsible for instructing designer Shigeru Miyamoto with the design of a new game. As a result, Jumpman was created. This game was later renamed to Mario.

Pac-Man is a timeless classic in its own right. This elegant and simple maze game kept many of us our toes for hours on end. Is there anything better than this bright yellow ball of fun chasing ghosts in order to win points and level advances? This game was originally released by developers Namco in 1980. Pac-Man revolutionized the gaming sector for adults and kids who just couldn’t get enough of this little critter. The functionality and simplicity were Pac-Man’s charm. The game is even a record breaker. Guinness recognized Pac-Man as being the most identifiable video game character in the world.

From adults to small children, everyone has had a go on Tetris. Alexey Pajitnov, the brainchild of computer engineer, was the Russian who changed the face of our computer screens in 1984. Pajitnov published the most popular problem solving title matching puzzle game of all time. Tetris is, in fact, derived from the Greek term for tetra. This is where every of the pieces found in the game had four specific segments as well as his love of tennis.