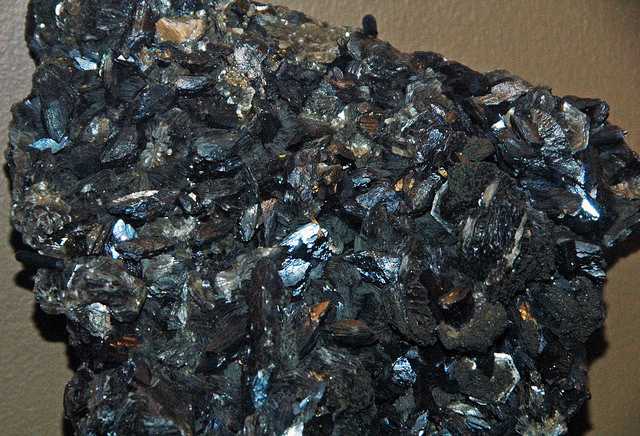 Arsenic compounds have been known for thousands of years (since at least the days of Ancient Rome and Greece). They were used by poisoners as well as physicians. However, the compound most commonly used for both purposes was arsenic sulfide. Alchemists were first who recognized arsenic as an element. Alchemy existed from about five hundred years B.C. to about the end of the 16th century, and was a kind of pre-science. Alchemists, people who studied alchemy, wanted to find a way of changing iron, lead, as well as other metals into gold.

Eternal life was also another goal of alchemists. Alchemy contained too much mysticism and magic to be a real science. However, alchemists have developed many techniques and produced a number of new materials which were later found to be useful in today’s chemistry. Arsenic can be very easily produced from its ores. This means that many early craftspeople probably saw the element without realizing what it was. Arsenic is similar to mercury and for that reason many early scholars probably confused these two elements with each other.

Alchemist Albert the Great (Albertus Magnus), who lived from 1193 to 1280, was responsible for the actual discovery of arsenic. Albert heated orpiment, a common compound of arsenic, with soap. As a result, he managed to produce nearly pure arsenic in the process. Arsenic was well known as an element by the middle of 17th century. Many textbooks contain methods by which arsenic could be made from its compounds. However, in this article we will discuss all the uses of this element.

Arsenic is usually used as a doping agent for solid-state devices. Lasers use gallium arsenide which convert electricity into coherent light. Arsenic compounds, such as lead arsenate, calcium arsenate and Paris green, are used as insecticides and in other poisons. This element is used in pyrotechnics, too. It is used to give additional color to the flame and it improves the sphericity of lead shot. This element has been used as a poison in the past but is very easily detectable. Scientists use Marsh’s test in order to detect arsenic. The test, named after British chemist James Marsh, identifies the presence of this element in the field of forensic toxicology.

We will begin with an exciting use for this element. You can find trace amounts of arsenic in fireworks and pyrotechnics for additional boost of color.

Even though this element is all around us, it is not in a pure form. Many rocks and minerals contain arsenic. Many of you have probably heard of Orpiment, which is the molecule arsenic sulfide.

Arsenic is also used in lasers. More specifically, gallium arsenide is used in some lasers. It’s able to be charged and then release the light which becomes the laser.

We have mentioned this use throughout this article. Arsenic is a nasty poison and is able to kill almost every living organism. It can be found in rat poison, insecticides, and even has been used to murder people. As we already said it is a nasty stuff and make sure that you always wear gloves if you ever have to handle poisons. Keep in mind that even small amounts of the element are dangerous.