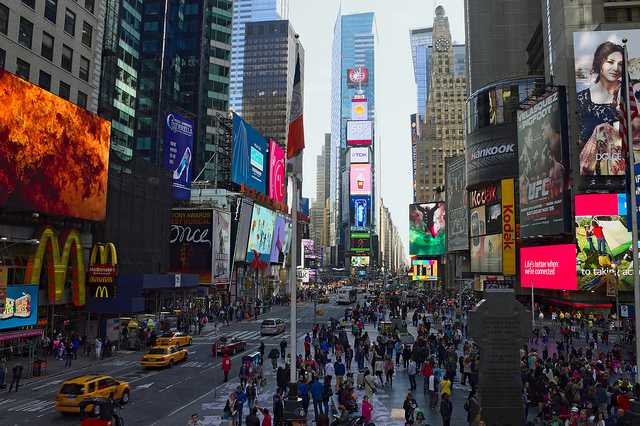 There are many issues that make Americans worried, but which ones worry them all the most? One of the biggest problems in the United States has been the view of race relations in the country. However, during last few years, this has changed. Other issues occurred, such as economy, potential terrorist attack and healthcare, and took place as some of the biggest problems in the country. Worries, such as immigration, are not as important as they used to be.

Make no mistake. This is still an important issue, but today, people are more worried about the economy or income and wealth distribution. Many Americans say that they consider unemployment to be of great concern and a lot of them worry about the affordability of both healthcare and energy. Today, people in the United States are facing many issues, but what are the things that they are most worried about? Here are a few top issues of today’s society.

This seems to be one of the biggest issues in the United States. It ranked highly in the poll at its debut, because 47% of Americans consider it to be of great concern. There is no doubt that these concerns are probably well founded. In the last decade, wealth disparities between the rich and poor have been growing more and more, especially after the 2008 economic collapse.

Social Security has been a problem for many years now. While it has not been in the news much lately, people in the United States still haven’t forgotten about it. Many Americans list it as an issue of great concern.

Power of the federal government

There are many Americans who are greatly worried about the size and power of the federal government. While many people are fans of a lot of government programs, such as teaching children to read and not letting people starve, there are many they could do without, such as the affair about spying on Americans.

Even though Americans are less worried than they used to be, many of them are still greatly concerned about the economy of the United States.

The rise of ISIS and the attack on the Charlie Hebdo office in Paris have most likely promoted a much greater fear of terrorism in the United States. A huge number of Americans say that they are greatly concerned about terrorist attacks. Since the government of the United States doesn’t seem to be paying much attention to this problem, you are probably concerned, too.

For many years, healthcare costs have been rising, and the fighting over the Affordable Care Act has kept the issue in the media. Although healthcare has been making insurance more affordable for millions in the United States and decreased the number of Americans without insurance, its costs still remain one of the biggest concerns for people across the country.