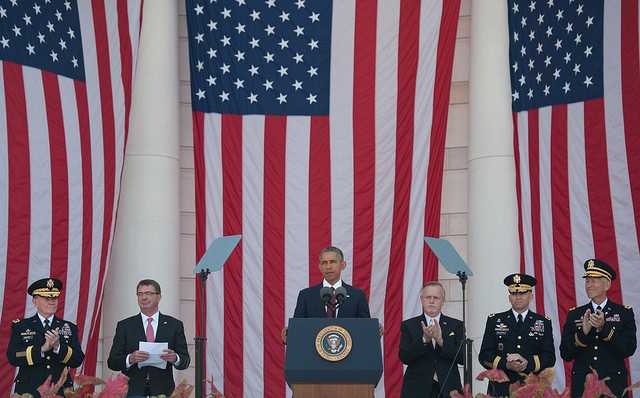 Photo by Chairman of the Joint Chiefs of Staff

Memorial Day, originally called Decoration Day, as a tradition of decorating graves with flags, wreaths and flowers, is a day for remembrance of those who died in service to our great country. For the first time in history, Memorial Day was widely observed on May 30th, 1868, in order to commemorate the sacrifices of Civil War soldiers. It was done by proclamation of General John A. Logan of the Grand Army of the Republic, which was an organization of former Union soldiers and sailors.

Sitting Ohio Congressman and former Union General James Garfield made a speech at Arlington National Cemetery during that first national celebration, after which 5,000 participants decorated the graves of the more than 20,000 Confederate and Union soldiers who were buried there. The event at Arlington National Cemetery was inspired by local observances of the day which had taken place in several towns throughout the United States in the three years after the Civil War.

New York was the first state in the country to designate Memorial Day as a legal holiday, in 1873. Many more communities and cities observed Memorial Day, and a few states had declared it a legal holiday by the late 1800s. It became an occasion for honoring those who died in all of America’s wars, especially after World War I. After WWI, it was more widely established as a national holiday throughout the country. Congress passed the Uniform Monday Holiday Act in 1971, and established that Memorial Day was to be celebrated on the last Monday of May.

However, a few southern states officially celebrate separate, additional day for honoring the Confederate War dead, which is sometimes referred to as a Confederate Memorial Day: January 19th in Texas, fourth Monday in April in Alabama and Mississippi, third Monday in January in Arkansas, May 10th in North and South Carolina, April 26th in Florida and Georgia, June 3rd in Louisiana and Tennessee, and last Monday in May in Virginia. Each year, Memorial Day is celebrated at Arlington National Cemetery with a ceremony in which a small American flag is placed on every grave.

The President or Vice President, traditionally, lays a wreath at the Tomb of the Unknown Soldier. Each year, about 5,000 people attend the ceremony. During Memorial Day many people choose to hold picnics, family gatherings and sport events on this weekend. Traditionally, this day is seen as the beginning of the summer season for cultural events. As for fashion, it is acceptable to wear white clothing, especially shoes from Memorial Day until Labor Day. However, each year less people follow this rule and many of them wear white clothing throughout the year. Memorial Day is a federal holiday.

Every non-essential Government office is closed, as are businesses, schools and other organizations. In addition, most public transit systems don’t run on their regular schedule. Many people also see Memorial Day weekend as an opportunity to go on a short vacation or visit friends and family.