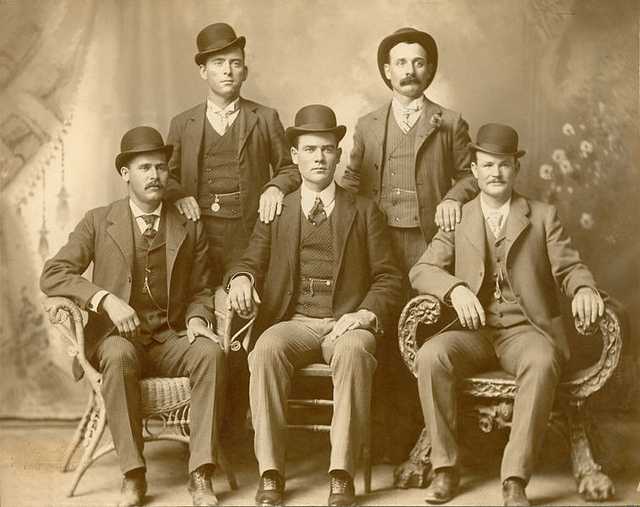 The American Wild West has become famous for its outlaws, cowboys and gunslingers, who were immortalized in many songs, stories, and movies. Although many notorious outlaws of the Wild West were marked as enemies of the state, today they are usually characterized as heroes. However, no matter what you think about them, nobody can argue that these are the 5 most notorious outlaws and legends of the American Wild West.

Billy the Kid is a legendary outlaw of the American Wild West who was also known as Henry Antrim or William H. Bonney. His life has become sensationalized in books, songs, and movies. Even though factual evidence suggest that he only killed four people in his lifetime, Billy the Kid become notorious for supposedly killing 21 people for each year of his life. Billy the Kid was depicted as a cold-bloodied murder, but those people who actually knew him believed that he become an outlaw not because he wanted but rather out of necessity.

His full name was Jesse Woodson James and he was already famous when he was alive, and after his death, he has become even more legendary. He became a criminal for robbing trains, stage coaches and banks and was one of the most famous member of the James-Younger Gang. On April 3rd in 1882, Jesse James was shot in the back of his head in his own home by his trusted friend Robert Ford. Ford hoped to get the reward money.

John Wesley Hardin was only 14 years old when he stabbed another boy who taunted him. He was named after the founder of the Methodist church. Hardin spent most of his life being pursued by the law until 1878, when he was finally arrested. John Wesley Hardin claimed to have killed 42 men, although the newspapers attributed only 27 killings to this American outlaw and gunfighter. While he was in prison, Hardin wrote his autobiography and studied law. In 1894, in the Acme Saloon in El Paso (Texas), Hardin was shot a year after he was released by John Selman Jr.

Before she became a notorious outlaw, the Bandit Queen was known as Myra Maybelle Shirley Reed Starr. She had a boring, spoiled rich girl life, since she was from wealthy family. However, when the Kansas-Missouri War broke out her life was changed forever. Residents were forced to choose sides. She married to the outlaw Jim Reed, who also made her a notorious bandit. Her life was immortalized in the novel called “Bella Starr, the Bandit Queen.”

Butch Cassidy was born as Robert Leroy Parker and was the leader of the Wild Bunch Gang. This gang was notorious for robbing banks and trains in the American Wild West. In 1889, he and three others robbed 21,000 dollars from the San Miguel Valley Bank in Telluride. There he bought the infamous ranch called “Hole-in-the-Wall,” which was believed to be a cover for all of his illegal activities. His last name was a tribute to Mike Cassidy, his friend and mentor who taught him how to shoot.